We need to talk about endometriosis

Imogen Nurse, People Manager at Spabreaks.com, talks about her experience with endometriosis and how better understanding would make a big difference.

Endometriosis can be an extremely challenging issue to deal with. Often going undetected for many years, those with it often feel isolated by a lack of information and understanding. And yet, it’s a condition that accounts for a lot of suffering and £8.2bn a year in treatment, loss of work and healthcare costs in the UK (to give an idea of the scale of the experience).

While lots of people think it simply boils down to ‘bad periods’, anyone who’s experienced endometriosis will know it’s so much more than that, and it would benefit us all to have a better understanding. Here, Imogen Nurse, People Manager at Spabreaks.com, talks about her experience with it and how better understanding would make a big difference. 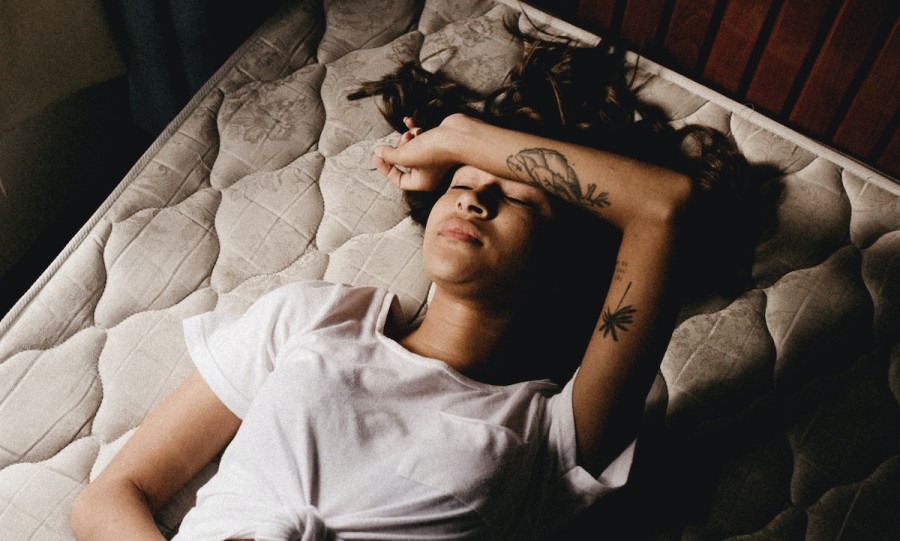 According to Endometriosis UK:

That diagnosis time might be the average, but I can tell you from experience that even if you manage to get some guidance within eight years, the journey doesn’t stop there.

My experience with endometriosis

My experience with endometriosis started with my first period - not that I knew that’s what it was then. When you are younger, you go through that phase where no one talks about it very much, so it was only when I got a bit older and spoke to friends that I realised what I experienced was different to them.

At school you don’t get taught much beyond a bit about tampons and then it’s mostly about sexual health and pregnancy rather than the reality of what’s happening to women’s bodies. I think it should be talked about more.

From the start it was quite challenging and quite graphic. I had these horrific episodes for ages where I had to sit on a towel on the sofa because I was flooding so often, and bedding was always a mess.

I still get extremely swollen and I look like I’m pregnant, which is uncomfortable. It makes me feel sick, I struggle to eat, and it makes my asthma worse because all my organs are being pressed upon. It’s a full spectrum of symptoms; it’s not just cramps.

It’s also constant - I basically have two weeks out of the month where I fit into all my clothes and I’m care free. My periods last for a long time too - they can carry on for two or even three weeks. They are also generally very heavy and I throw up a lot. I get migraines and it wipes out my whole body and the pattern is never the same so it’s unpredictable. It impacts my personal life, social life and professional life.

Then there’s the expense of it! Having all those sanitary products!

Everyone always wants to talk about fertility

Eventually, in my teens I went to the doctor and they immediately put me on the pill. They didn’t really listen to me and I was told that periods are bad for everyone so I should just accept it. A doctor is an authority figure, so you do tend to accept what they say, especially when you’re younger.

I trucked along with the pill for a while and then had a very severe migraine with aura (visual disturbances) at university. I lost sensation in my face and couldn’t talk - they thought I’d had a stroke. I had to come off my pill - the reasons for which were never explained to me, and that started a contraceptive saga where I was put on one pill for a while, would go back to the doctor to say how ill I was feeling, so they would take me off it and put me on another one. I would show them my stomach and talk about my pain levels, and they would always bring the conversation back to contraception. Eventually I saw a female GP who once again told me that everyone has bad periods and I would have to get over it. This time however, I was older and I was starting to push back a bit more and the coil was suggested.

By my 20s I still didn’t have a name for what I was going through. I didn’t know it was endometriosis and 10 years had gone by. At that time I worked for the NHS with the obstetrics and gynaecology department. I realised there was a whole department looking after women’s health and that bad periods were a real thing, not just something everyone experienced.

I finally got a referral, and had a meeting with a registrar, not really knowing why or what I would be told. I was immediately told I had endometriosis, but not really given any information about it. They informed me I would be given surgery in a few weeks’ time - again without any explanation of what or why. It was extremely overwhelming.

I was given the title of what was wrong with me and then I was left to do my own research. Through social media I have found some really amazing support. The Lowdown, run by female doctors, is great - they believe very strongly about education on women’s health. They did a full webinar recently on endometriosis, and that was the first time that anyone had explained what it is to me.

I had my first op in 2016 - endometriosis can’t really be diagnosed without it. They assume you have it based on your symptoms but until they get in there and see it, they can’t confirm it. Endometriosis is where tissue similar to the lining of the womb grows in other places, such as the ovaries and fallopian tubes. Through surgery they can remove it or some of it to relieve symptoms, but the problem is that it grows back, so you have to have repeat surgeries down the line.

I had keyhole surgery and it did help a bit for a couple of years, but now I am back on the same journey awaiting another op. Once again, it’s quite debilitating.

I still have the coil, which has helped to reduce the amount of blood, but doesn’t help with the other symptoms. I got married in December 2021 and as I was struggling then. So, I booked a private consultation to get the ball rolling - I’m lucky it was something I could afford to do.

On a day to day basis, it’s anxiety making as you’re always anticipating when the next cycle will begin. It impacts work as I’m often in a lot of pain so it’s hard to concentrate. It definitely impacts my relationship, although I’m lucky to have a very supportive partner, and it affects my health in general.  When I have a couple of weeks when I’m not on my period but also anticipating what’s going to happen, it’s mentally exhausting too.

The thing that’s brought me some solace was that I was able to support my colleague, Lauren, who’s also going through it and with her recent surgery. I was able to give her information no one gave me - basic things, like taking sanitary towels to use after your surgery and a realistic expectation of what your body will feel like afterwards.

One of the things that has made me very frustrated is the constant feedback of ‘why don’t you just have a baby?’ This has been said to me since my late teens, often by professionals. Aside from the fact that most women I speak to with endometriosis don’t find pregnancy to help, and the cruelty of the comment is that lots of women with the condition struggle to conceive, I find it an archaic, insensitive remark to make.

How to help women with endometriosis

There isn’t any cure for endometriosis, the best thing they prescribe is the coil. However, even if they can’t provide more help for the symptoms, greater awareness and support would make an enormous difference. Education on how I can help myself to the best of my ability, information on diet, exercise, vitamins, and how to get the support you need at work - there’s a whole spectrum of things that we could be offered advice on.

I’m lucky that I work in a female led business where my boss is extremely understanding. I feel comfortable having a discussion with her about endometriosis, and I would raise it if I was having a problem. However, not everyone has that level of understanding in their workplace; it’s a hidden issue that a lot of women are just pushing through because there’s no other option. That’s not a very nice thing to think about, but it’s an incredible thing that a whole world of women are achieving every day. They’re just cracking on with it, fulfilling responsibilities at work and at home in great pain and with little or no support.

Written by
Imogen Nurse, People Manager
“Imogen is our wonderful People Manager at Spabreaks.com, showing empathy in everything she does, and acting as a strong advocate for more discussion and education on women's wellness. ”
See all my posts

Here, mindset coach Hannah Holt explains how she came to do what she does, and what small changes we can all make to improve wellbeing at work.

Pretty Not Included blogger Sarirah is a London based software developer and beauty and lifestyle blogger, so she knows a thing or two about taking care of yourself in a busy working world. Here’s what she’s learned about self-care…

As we return to the office, how can we seek to manage our wellbeing in the workplace in an ongoing and sustainable way?