What drives the aesthetics industry and is there still a stigma around treatments including non-invasive cosmetic procedures? 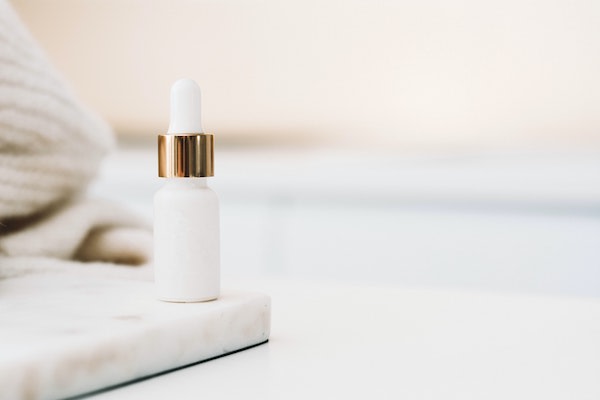 Throughout lockdown we have all been craving human touch, contact and wellbeing experiences that make us feel good. However, it seems that time in isolation and staring at our own faces more than usual courtesy of the ‘Zoom Boom’ awoke and exacerbated another want and need for many of us, as enquiries for aesthetic treatments leapt by 57%.

Of course, the variety of aesthetic and cosmetic treatments on the market varies in all ways, shapes and forms. Much more is available on the proverbial high street, there are far more less invasive treatments available many that have much greater effect than they used to.

In our own conversations with colleagues and friends, we have become acutely aware of the complexity of emotion that drives an interest in cosmetic procedures and treatments, whether it’s surgical or non surgical, temporary or permanent. In whatever form it interests us, what is clear is that this is something that goes far beyond appearance and resonates on a far deeper level.

Industry experts on the growing interest in aesthetics

“There’s a belief that it’s just about vanity but it’s much deeper than that. A lot of this industry, especially around injectables, used to be around ‘age management’ - where you’re trying to push time back a little bit. Now there’s a greater emphasis on beautification, which is a different thing entirely. Different people have different ideas about what they do or don’t think looks nice. That does raise concerns with issues such as body dysmorphia. Ethical clinics are aware of this, screen for it and hopefully deal with it appropriately rather than delivering a treatment that won’t make the client happy or distorting them. They would ideally recommend that the client talk to someone about why they think they need this before proceeding. It’s interesting to see what drives that, but it’s a deeply psychological thing that revolves around confidence.”

While opinions differ around the world, in 2014 the Journal of the American Society of Plastic Surgeons wrote: “Although over 15.1 million cosmetic procedures (compared with 5.7 million reconstructive procedures) were performed in the United States in 2013,1 there is, without question, a stigma in American culture attached to cosmetic surgery and a hidden condescension toward patients undergoing these procedures.”

In the short time since then, the rise of less invasive procedures does seem to have reduced that stigma, and given all of us more to think about.

Refinery29 wrote a thoughtful piece, which began: “When we talk about plastic surgery in 2020, the conversation tends to go one of two ways: There’s the side of the argument that tells us it’s empowering to have complete control over the way you look and therefore the way the world perceives you, and the side that reminds us how demoralising it is to consider the value society places on appearances, especially for women. But what we often neglect to mention is that these two viewpoints can coexist.” The article also quoted figures that reported: “the total number of minimally-invasive cosmetic treatments has gone up a whopping 228% since 2000.”

However, what is apparent is the need to be acutely mindful of finding practitioners who are appropriately qualified.

Challenges for consumers and the industry

“In the industry there’s a huge amount of fighting about who can and can’t do treatments. In the 1990s we were approached by people on Harley street who wanted to know how to do Botox, although it wasn’t licensed until later. Plastic surgeons were using it for fine lines alongside more invasive surgeries or where they weren’t necessary. Aesthetics were very much medically led until the late 2000s, when we started to get non-medical people coming into this space, which we were amazed by. However, there are loopholes in how medicines can be utilised which facilitate it, and the insurance industry had an appetite for it. Fillers, for example, can be more dangerous than Botulinum toxin if they hit an artery. It is not to say that can’t happen with a medic, but they will have the training to spot it and do something about it quickly where a non-medical person can’t.”

What’s abundantly clear is that, as with all areas of wellbeing, this is a far more complex topic than simply being about how we look. The intersection between appearance, mental health and emotional wellbeing is complicated. Does that mean we should rush out and change things that we don’t like about our appearance? Definitely not. Does it mean we should feel pressured to look a certain way? Of course not. Does it mean that practitioners who wield the power to permanently change someone’s appearance have an ethical responsibility to ensure they are fully informed and in an appropriate state of wellbeing to make that decision as far as possible? Absolutely. However, above all things, someone’s interest in pursuing this avenue should be treated with respect and taken seriously in all ways.

FIND OUT MORE ABOUT 2021 SPA TRENDS

From dry skin to relaxation, hydrotherapy is about so much more than bubbles. Here we look at the healing powers of this historic spa practice.

Cycling is a wonderful way to exercise, explore new places and get outside. With many spa destinations located in beautiful (and often extensive) grounds, not to mention the countryside beyond, why confine your exercise to the gym when you can use cycle paths and bicycle hire to get out into the fresh air?