Why it works: cryotherapy at Fairmont Windsor Park

The chances are that you will have heard of cryotherapy in the context of its use by top-level athletes to support their rapid physical recovery after training or an event. However, this temperature-based treatment has also been shown to deliver a range of other wellbeing benefits from improving mood to pain relief.

With its brand new hotel and spa, Fairmont Windsor Park is the luxury destination that’s also dedicated to the latest in holistic as well as scientific wellbeing. Here, Lisa Barden, Group Director Spa & Wellness explains why they wanted to be the first spa destination in the UK to offer whole body and multi-person cryotherapy. 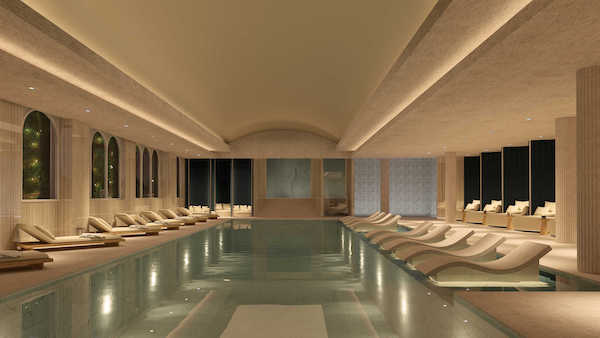 What is cryotherapy and what makes it different at Fairmont Windsor Park?

Cryotherapy is literally ‘cold therapy’, a technique where the body is exposed to extremely cold temperatures for two to four minutes to deliver a number of health benefits. In the same way that you would go to a sauna, we offer heat experiences at both ends of the spectrum. That’s why we installed a five-person cryotherapy chamber, for guests to use for up to three minutes at a time.

Ours is unique in that it’s electric, instead of the traditional gas, which allows for an even distribution of the air across the body from toes to nose, for optimum results (gas is a heavy substance and doesn’t lay equally).

Why did you want to install the cryotherapy chamber in your new spa?

I have been a big fan of cryotherapy personally, for many years. Many therapies work on pain by addressing heightened inflammation in the joints or skin. However, my experience in cryotherapy, is that it gives an immediate response to acute pain, that I had never experienced before. In essence, that’s because of the shock factor, where circulatory system darts back to all organs, it resets the brain and the way it receives pain.

There’s also the euphoric feeling after your treatment, that makes it almost addictive! You feel so alive, it’s incredible. When the blood circulation returns to your extremities, you have this feeling of being revitalised, and all in such a short space of time. You can dash in, and within 15 minutes you’re in, out and getting your smoothie, so it’s great for people who are busy!

Do you feel that it has been misunderstood?

There’s a lot of myth around cryotherapy. The most common one is that it’s uncomfortable and unpleasant, but that’s usually because the molecules are not evenly distributed across skin’s surface - which we have addressed using an electric chamber.

What happens during the treatment?

Once in your swimwear, you go into a pre-chamber, which you step into under guidance, to start bringing your temperature down. Once you have acclimatised, you step into the chamber itself, and spend three minutes in there, at -110 degrees, gently moving the arms and legs. A wellness host will then escort you out and take you to a dedicated area to warm up. You may then want to go onto sauna or steam afterwards if you are spending the day here.

What are the benefits of cryotherapy?

Anyone can benefit from it, in that it has this exhilarating impact - you feel awake and alive and rejuvenated. However, it’s especially good for anyone with targeted pain like back pain. We associate cryotherapy with professional athletes, but at Fairmont Windsor Park, we don’t think it should be exclusively for them. It’s successfully used to treat chronic conditions and it’s also great for anyone who has a brain that never stops or who has a demanding lifestyle. If you have acute pain that you carry all the time, it’s not a one-off solution that fixes all, but we know a lot of people who have it frequently to manage long-term pain, especially those who don’t want to wait for an alternative solution to kick in.

I have a particular memory of trying it at the Amsterdam Olympic Park, where I must have watched 150 people arrive, step through it and leave. While I was having my treatment however, it was with a gentleman who had MS. He went in twice a day, and he put his ability to function so well down to it. Another lady with me was in remission from cancer and she credited her positive mental attitude to cryotherapy. Alongside them, I was there with Olympic hockey players who needed their muscles to recover from training quickly. We know that disease is brought on by inflammation at a cellular level, and this is a treatment that suits everyone.

Is there anyone who shouldn’t have the treatment?

It’s not recommended for anyone with Raynaud’s Syndrome, anyone with Type-1 diabetes who might not have full sense in their extremities, and it’s also not suitable during pregnancy. However, it is ok post pregnancy.

From dry skin to relaxation, hydrotherapy is about so much more than bubbles. Here we look at the healing powers of this historic spa practice.

While trips to far off lands may seem like the perfect place for a romantic holiday, do not underestimate the pulling power of Ireland and its hotel spas. Here are some of our romantic spas in Ireland…

Here are just some of the beautiful spa experiences that are inspired by the sea and harness its healing benefits.